Kıbrıs Vakıflar İdaresi EVKAF NEWS/ THE APPARENT POSITIVE ATTITUDE OF THE UNITED KINGDOM REGARDING EVKAF (VAKIF=CHARITY) PROPERTIES IN SOVEREIGN BASES IN CYPRUS SHOULD BE MADE OFFICIAL.

NEWS/ THE APPARENT POSITIVE ATTITUDE OF THE UNITED KINGDOM REGARDING EVKAF (VAKIF=CHARITY) PROPERTIES IN SOVEREIGN BASES IN CYPRUS SHOULD BE MADE OFFICIAL.

As the Cyprus Evkaf Administration, we think the unofficial publicly reported clarification of the UK Authorities’ attitude towards Turkish Cypriot properties, including Evkaf properties, within the Sovereign Base Areas (SBAs) appears to be a positive sign, but we have not yet received an official communication on the subject from the UK Authorities.

As noted before, as the Cyprus Evkaf Administration, we previously objected to the opening of the Evkaf (vakıf=charity) properties in the bases to be developed according to the agreement between the Greek Cypriot Administration and the United Kingdom and continue to do so. Pursuing the foregoing agreement is an unlawful intervention on the vakıf properties in the SBAs; Evkaf is the rightful owner of the properties and should determine itself their future exploitation and management. We have informed the UK Authorities that we will defend our legal rights in this regard.

Following Evkaf’s intervention, The Cyprus Mail, a newspaper published in the English language in Southern Cyprus, reported the statement of an anonymous British official in the news piece published on 14 July 2020, stating that the lands of the Turkish Cypriots in the bases are under guarantee. In the same article, the unnamed source added: “We have engaged with the Turkish Cypriot community since the beginning of the non-military development (NMD) process and continue to do so. Under NMD Turkish Cypriots who own land in the SBAs (Sovereign Base Areas) will equally be able to benefit from developing their land by applying to the SBAA Area Offices. All Turkish-Cypriot land is safeguarded and cannot be developed without the consent of its owners.”

As in our previous statement, we expect the UK, which has a historical tradition of charity, to be sensitive about properties belonging to charities, as well as those owned by individuals, and we welcome this news as a positive development. However, apart from the anonymous statements in the press, we are still to receive any official letter from the UK authorities. In addition, no UK official has made a formal statement on the record in relation to this matter.

After this positive news in the media, we would like to emphasize once more that the official view of the UK authorities’ attitude regarding vakıf properties would be welcome by us, as the Cyprus Evkaf Administration. We therefore invite the duly authorised UK representatives to engage directly with us to discuss the practical issues and precise details of what is proposed. 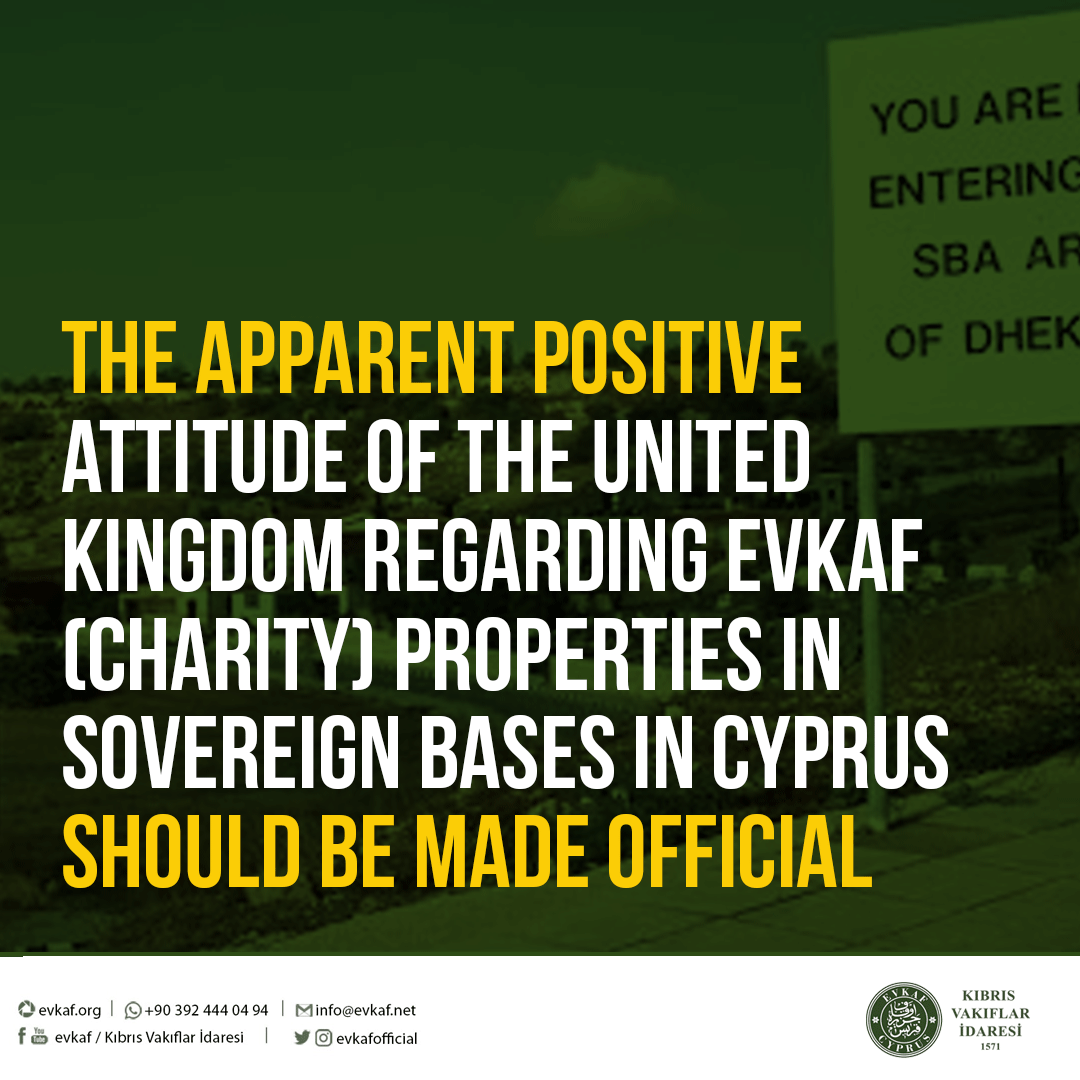